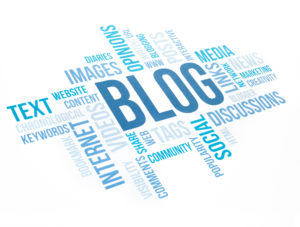 A business blog will help you as a business owner get clearer on your vision and business goals.  You will find that this will help clarify your vision. Refining and defining the vision and purpose of your business will serve as a strong foundation for moving forward.

As you write the audience of your business blog, you gain experience talking and explaining your business. Then you will be more able to talk to people about your business. It will become easier to do an impact-ful “elevator pitch“.  People will understand your business, services and values better.

You not only benefit by honing your business skills, you will hone you people skills and knowledge.  Through a business blog you will build your own confidence, a web presence for your business, interest in your business, relationships and credibility. These are fundamental to building a successful business.

END_OF_DOCUMENT_TOKEN_TO_BE_REPLACED

There were numerous business lessons to glean from last night’s episode of Shark Tank. The episode was was exciting featuring opportunities with live puppies, hard bodies and algae and a fishing tool for The Sharks. View the episode online >>>

If you are not in the know about ABC’s Shark Tank, here is a description by Business 2 Community

“Shark Tank,” which is based on “Dragons’ Den,” is produced by Mark Burnett and first debuted in 2009. To date, the sharks have invested more than $87 million in various companies after engaging in numerous bidding wars and shark fights. A new episode airs each Friday at 9 p.m. on ABC.

Mister Wonderful questioned the $2.5 million valuation of the monthy-subscription puppy box enterprise, but still put in an offer. Mark Cuban said he does not like the subscription model, giving no explanation why, but he was out. Despite, the remaining sharks enter into a competitive frenzy ending up with a lone shark, Kevin getting up, removing himself from the frenzy and putting himself in the winner’s circle, sealing the deal with PupBox.

All The Sharks were delighted by the enthusiasm and energy of the dynamic lady who branded green algae as EnergyBits.  Kevin liked the taste and the others were less enthusiastic even saying that it tasted like pond scum. However, they are meant to be swallowed! One product was labeled SkinnyBits. Lori inquired about the weight loss implication by the name and the business owner stated they make no claims as such. This disparity was distasteful to Lori. This venture did not get funded.

Lessons about  the Clothing Business

The “American Made Athletic Fit Denim” jeans Barbells are a compelling product. Despite the skepticisms about its valuation, the lively rally of inquiries from the entertained Sharks ensued.

Cuban says “it’s not the multiple that matters, but the growth”- Barbells is “averaging 100 percent year-over-year growth rate with online sales”.  And the proven customer interest was demonstrated by their incredibly successful Kickstarter campaign. They reach their goal in just “40 minutes!” They ultimately “cleared over $700,000”.

Daymond revealed a business lesson when he said he does not invest in denim. Why? it is too durable and gets better with age and he likes to invest in things that people need to replace every 3 months such as yoga wear. In other words, lycra wears out.

A truly impressive story that demonstrates what entrepreneurship is made of, is the story of LineCutterz. The innovator, a lifelong fisherman, turned his understanding of the needs of fishermen into a product that is simple, sexy and successful!  The product is essentially function “fishing jewerlry” that is a very simple to use and effective line cutter! He got funded and he got an incredible Shark for a partner, Daymond, who really believed in the product and return on investment potential.

Get Hooked on Shark Tank

The Shark tank is an educational and fun show for “wantrepreneurs” and entrepreneurs alike. Valuable business lessons can be gleaned from the negotiations. Some have fun, some become chum, just like in the game of business.