You are here: Home / Leadership / Most Powerful Women 2016

Who are the Most Powerful Women?

Thank you Forbes for publishing this stunning list of powerful women leaders.

The most powerful women of 2016 were chosen by the same four metrics as with prior years:

See the top 5 most powerful women in the world below.  The distinguished list is topped by German Chancellor Angela Merkel, number-one Power Woman for the last six years consecutive years.

What attributes do Powerful Women Possess ?

What does it mean to be powerful ?

Power is often thought of as might. In the business world it may thought of as the power to hire and fire. Some might say that power is being strong enough to bend.  According to Ameenah Gurib-Fakim, the first woman to become president in Mauritius, it is something else. “For me, power is the ability to influence. If you can influence in the long-term by leaving behind a legacy, to me, that’s real power.” 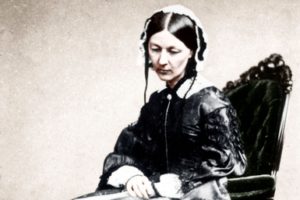 Florence Nightingale did not let us down here. Some of her accomplishments and influences:

A history of the Western Sanitary Commission, written in 1864, begins with this credit to Florence Nightingale’s pioneering work:

THE first organized attempt to mitigate the horrors of war, to prevent disease and save the lives of those engaged in military service by sanitary measures and a more careful nursing of the sick and wounded, was made by a commission appointed by the British Government during the Crimean war, to inquire into the terrible mortality from disease that attended the British army at Sebastopol, and to apply the needed remedies. It was as a part of this great work that the heroic young Englishwoman, Florence Nightingale, with her army of nurses, went to the Crimea to care for the sick and wounded soldier, to minister in hospitals, and to alleviate suffering and pain, with a selfsacrifice and devotion that has made her name a household word, wherever the English language is spoken. In the armies of France the Sisters of Charity had rendered similar services, and even ministered to the wounded on the battle field; but their labors were a work of religious charity and not an organized sanitary movement.

Virtues of a nurse – powerful women

Nurses are powerful women (and men). How do you think they add up on the 4 merits used by Forbes?

Do not go where the path may lead, go instead where there is no path and leave a trail.